1) When you submit to a particular genre, consider ALL of the genres of music that your music best matches, as well as all of the categories under the genre of your music before you decide which genres/categories you are going to enter.

2) Each year, especially in the popular categories like Pop, Rock and Country, there are a ton of entries in the "Best Song" category, but some artists could have cleaned up in other categories of their genre if they had entered them. I’m not saying you need to enter all of the categories, but don’t just automatically put all of the songs you want to submit into just the "Best Song" category. If you are making multiple submissions, spread them around a little.


Hint: the “Best Song” categories in a genre always have the most submissions because it seems like the most logical category to enter; it’s a song, so everyone submits into the "Best Song” category. Nothing wrong with that, however, some other categories to consider in your genre are “Best Recording”, “Best Male (or Female) Artist”, “Best Producer”, etc.

Also, if your music fits or crosses-over, consider other genres that are often less filled,

Only so many submissions in each category can reach Nominated status, so increase the odds of your songs being nominated, and even winning, by entering various categories in your genre, not just always "Best Song". If you are a Male Artist, consider entering the "Best Male Artist” category. If you are a band, consider "Best Band", etc. 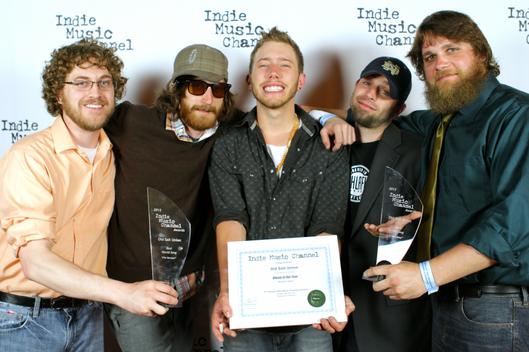 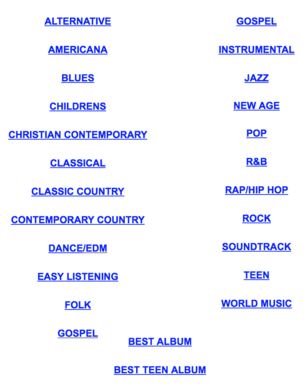 TO SUBMIT YOUR SONGS & VIDEOS!

​​​Helpful Tips on Submitting Your Music for the
2022 Indie Music Channel Awards!

I want to share with you some tips regarding submitting your music for the IMC Awards. Each year, there is always a moment where I wished that an artist had submitted one of their songs in a different category, or in a different genre,
so I thought I would share with you some important tips on making your submissions BEFORE the submission deadline.


Here are some tips I want you to think about as you submit your music:

ENTERING THE RIGHT GENRES AND CATEGORIES​​

2) Unlike some other awards events you may be familiar with, the Indie Music Channel Awards is not a "popularity contest”, where the artist who can get the most amount of their fans to vote for them is the winner.  I, personally, don’t like that.  An award should be based strictly on the quality of an artist’s music, not on how many email addresses they can supply the company putting on the awards. That’s why we use a panel of judges from around the world; from radio station DJs, Music Directors and General Managers, to music producers, A&R reps, talent bookers, and more.


Bottom line:  whether you have a million fans or just one,
you have the same opportunity to be nominated, and even win, as everyone else.


3) Likewise, one other thing that I want IMC artists to know is that you don’t have to be “present to win”. In that case, that’s a raffle! The Indie Music Channel Awards is not a raffle, this is an awards event that recognizes the outstanding musical achievement of an artist or band, plain and simple. Now, I HIGHLY suggest that all IMC artists attend the Indie Music Channel Awards event if possible because it is a GREAT way to network with other artists, meet industry professionals from radio, TV and record labels, etc. But if you are not able to attend the awards event for whatever reason, it doesn’t mean that all of a sudden your song is no longer the winning song! If the judges vote your song the winner, you are the winner, whether you are at the Awards to accept it in person or not! But you should certainly make every effort to attend the IMC Awards in person.  It is a  great networking opportunity, plus, if you win, you should be there to have your moment in the spotlight and accept your award in person on stage!

Feel free to submit songs for the Indie Music Channel Awards, and if your song is chosen as the winner, but you’re unable to receive it in person on stage during the ceremony, we can send you your trophy in the mail, all you have to do is pay for postage and handling

(we don’t even charge you for the award). It’s yours, you won it!